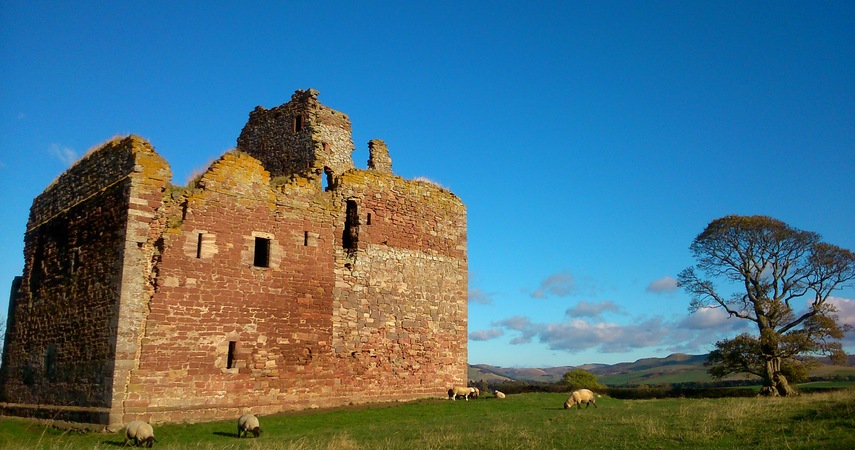 The St Cuthbert’s Way is only a part Scottish walk as it ends in beautiful Northumberland on the Holy Island. We have decided to include it as one of our walks as it does start in Scotland. It is a beautiful walk and one of our favourites

Saint Cuthbert (c. 634–20 March 687) originated from Dunbar in Scotland. He became a monk at an early age and he was also a soldier for a number of years before returning to the monastery at Old Melrose. He became a hard working pastor for the church until 676 when he became a hermit on the Farne Islands not far from the Monastery of Lindisfarne on Holy Island

Towards the end of his life he was made Bishop of Lindisfarne though he returned to his solitude as a hermit before dying in 687. He became one of the most important medieval saints of England. St Cuthbert is regarded as the patron saint of Northern England and his feast day is 20th March

The above tours can be tailored to fit your personal plans. For example, if you do not require accommodation in either Melrose and/or Holy Island then we can adjust the cost accordingl

What about tide times for walking onto Holy Island?

As soon as you book with Gemini Walks we will check tide timetables for Holy Island to confirm that it is possible for you to walk onto the island and a suitable time for your next day departure off the island. Alternatively have a wee look at https://holyislandcrossingtimes.northumberland.gov.uk

We’ll send you the best deals for you and updates.